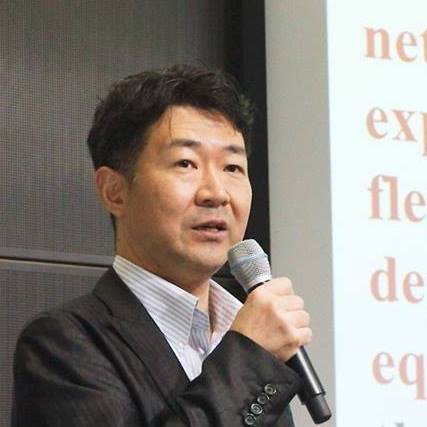 Network Slicing is an extension of the concept of “slice”, which has been often used in SDN, NFV, distributed cloud research as an isolated set of programable resources to program network functions to deal with various application requirements, to mobile networking, especially discussed in 5G mobile network context.

In this presentation, we will discuss several compelling use cases, i.e., applications that drive the design of future network infrastructure, introducing the recent trends in network softwarization and slicing world wide.

Biography: Prof. Dr. Akihiro NAKAO received B.S.(1991) in Physics, M.E.(1994) in Information Engineering from the University of Tokyo. He was at IBM Yamato Laboratory, Tokyo Research Laboratory, and IBM Texas Austin from 1994 till 2005.
He received M.S.(2001) and Ph.D.(2005) in Computer Science from Princeton University.
He is a full professor and also a department chair at Interfaculty Initiative in Information  Studies, Graduate School of Interdisciplinary Information Studies, the University. He has also been appointed by the Japanese government as a chairman of network architecture committee of the fifth generation mobile network promotion forum (5GMF) in Japan.

Abstract: Many applications today are deployed in a cloud – a data centre far away from its users. These applications are no longer monolithic binaries, but typically consist of multiple components. A typical example is a multi-tier web application, consisting (in the cloud) of web servers, application servers, and databases. Cloud managers like OpenStack and slim virtualisation techniques like Docker make this the deployment route of choice.

However, this approach falls short on at least two counts. First, it does give an application developer any easy means to specify or describe desired networking behaviour for its cloud application. For example, the integration of a load balancer into such a cloud application is possible, but if that is done by means of an application-level process, performance is likely to be suboptimal. Hence, we need mechanisms to describe such networking behaviour and make it easy to integrate into cloud setups.

Second, deploying an application only in a single cloud centre is not a sufficient solution for all types of applications. In particular, delay-sensitive applications profit considerably from being deployed close to their users. This idea is pushed by initiatives like Mobile Edge Computing or Distributed Cloud Computing. But here again, it is insufficient to just think in terms of application logic; it will become necessary to consider networking aspects as well. This is supported by the current trend towards Network Function Virtualisation, but this is still seen as a mostly separate topic.

This talk hence stipulates that the convergence of (Distributed) Cloud Computing and Network Function Virtualisation will become necessary in the next few years. To this end, we shall consider examples from various research projects (EU projects NetIDE and SONATA as well as the German Collaborative Research Center On-the-fly computing) and highlight specific research questions and some first ideas towards their solution. We shall also consider resulting challenges for teaching and the better integration of networking and distributed systems class

Biography: Holger Karl has research interests in both wireless and wired communication. He has worked extensively on wireless sensor networks and wireless communication in general.
In wireless networks, he has investigated various forms of cooperative diversity in various system contexts (sensor networks as well as WLAN networks), resulting in prototype system based on an early software-defined radio platform (SORBAS).
Recently, he has looked into the optimization of wireless networks from a regional perspective, for example in very dense heterogeneous networks where the introduction of a hierarchy of local and regional controllers can substantially improve network operations.
In wired networks, he is interested in questions from the context of software-defined networking (SDN) and network function virtualization (NFV), with applications to data center networks, general Internet backbones, and application to wireless backhaul networks. 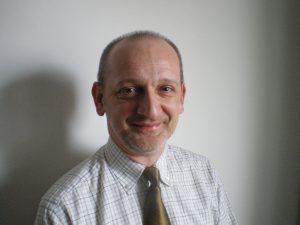 Abstract: The increasing levels of flexibility and programmability offered by SDN-NFV enabling technologies will determine in turn higher levels of management “complexity”: in fact, rather than managing sets of closed physical nodes and systems, it will be necessary allocating and orchestrating a huge number of software tasks, logically intertwined and dynamically moving. This “complexity”, outstripping human control and operations ability, could be tamed by exploiting, in the real-time Operating Platforms, Artificial Intelligence methods and systems capable of making “actionable” the infrastructure Big Data. This is paving the way towards Artificially Intelligent Networks.

Biography: Antonio Manzalini received the M. Sc. degree in electronic engineering from the Politecnico of Turin (Italy) and the Ph.D on Computer Networks from Télécom SudParis and Université Pierre & Marie Curie – Sorbonne Universités (France). In 1990 he joined Telecom Italia Lab (formerly CSELT). He started with RT&D activities on technologies and architectures for transport networks. He was active in the ITU standardization as Rapporteur (1996-2000) of two ITU-T Questions in charge of developing Standards on transport networks. He has been actively involved in several EURESCOM and European Project. He run as Project Manager (2000-2004) the following two project on innovative transport and networking technologies: FP5 IST Project LION, FP6 IST Integrated Project NOBEL. In 2003 he was appointed as member of the Scientific Committee of CTTC (Centre Tecnològic de Telecomunicacions de Catalunya). On 2006 he has been appointed as Project Leader of the FP6 FET ICT Project CASCADAS. He has been General Chair of the 2nd International Conference on Autonomic Computing and Communication Systems (AUTONOMICS 2008). In 2008 he has been awarded with the International Certification of Project Manager by PMI. He has been General Chair of the European Conference on Networks and Communications (EuCNC2013). He run as Project Leader in 2013 and 2015 two EIT-Digital funded projects on SDN and NFV. He has been awarded with six patents on networking and services systems and methods. He was author of a book on network synchronization and his results have been published in more than 100 of papers and publications. He is currently Senior Manager at the Strategy & Innovation Dept. (Future Centre) of Telecom Italia Mobile. His interests are mainly in the areas management/control/orchestration of Software Defined Networks (SDN) and Network Functions Virtualization (NFV), primarily for 5G future service scenarios. Since 2013, he is co-Chair of the IEEE initiative on SDN and co-Chair of the IEEE SDN-NFV Com. Soc. Subcommittee.